People live life as if they are jumping from one building to another.  It takes them so long to actually move forward because they are afraid of the time in between having their feet on the ground.

People's tastes are this way as well...people tend to be afraid to pursue something they like because they are afraid of stepping out there and maybe doin somethin different.

Get out there and pursue things you like once you have been put on to it.  What are you waiting for?

I always let people hear music and it is funny to me how the ones who generally listen to commercial shit talk about how it's dumb and how they don't listen to anything but the beat.  I let them hear some real shit and they love it BUT...they never go get it for themselves...I have to keep feeding it to them and this goes for every genre.

all the answers I can think of just sound like excuses.  Get into that shit you thought was ill when you heard/saw it.

[with that being said]


-"I don't mean to be negative but...[insert negative comment]"

As many of you probably have, I often wonder why people make these type of contradictory statements.  Statements like these seem to be engrained in the culture and they are there for the purpose of making allowances for lack of personal integrity.  Let me explain how I think this works:


-A person has ideas of what is right and acceptable.

-A person has ideas of what they want to do/say.

-A person often finds that what they want to do/say is not congruent to what is right and acceptable to them.

The general solution to this is to, as I call it, "speak right and walk left."

-A person says "No disrespect" in order to let all within earshot know that no disrespect is the right and acceptable thing to do. In a way it is the setting of a character buffer for the wrong thing they are about to do.
-A person then adds "but" which is the transition between what they should do and what they will do.
-Here is where the disrespectful comment or action is taken...the road most traveled.
-A person feels absolved of having to actually do the right thing b/c they have let everyone know that they know what they should do.  People don't notice if you really do the right thing...just that you know it.  you can get by on that.  ie: you learn math in school only to use a calculator/computer for all of your mathematical needs.  *good enough


I'm not on some monk stuff where I wouldn't do something wrong and I definitely have no problems saying something disrespectful.  I just feel like people should be straight up.  If I'm gonna do you dirty I'm not gonna preface it with a fake ass statement.  That shows weakness and lack of confidence in your actions. Tighten Up.

A feeling of discouragement when you slip up

A feeling of discouragement when you slip up
is a sure sign that you put your faith in deeds.

Your desire to withdraw from everything
when Allah has involved you in the world of means
is a hidden appetite.

Your desire for involvement with the world of means
when Allah has withdrawn you from it
is a fall from high aspiration.

Aspiration which rushes on ahead
cannot break through the walls of destiny.

I rarely post music from other artists on my page because well it is MY blog and it is hard enough sellin my own records without doin pub for someone else...but I do get tempted.  In this case I can't resist.
I like tryin to put my readers on to soemthing they may not automatically associate with me or something they haven't heard of at all.

This cat Burial is one of my favorite artists of ANY genre out right now.  I can listen to his music and get inspired to create myself.  I love that.  I love that he teamed up with Four Tet for this track.  It is in heavy rotation at my house so I wanted to share it with you guys. 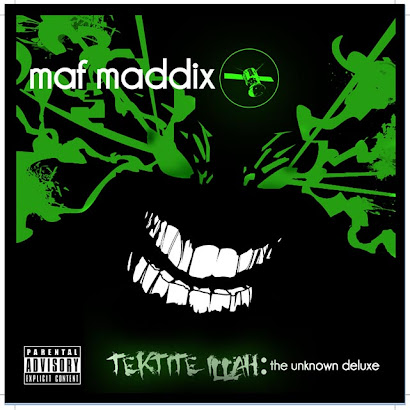